How Far Does South Africa Have To Go To Shatter The Glass Ceiling?

Although the issue of gender equality has improved significantly since 1994, progress in the business arena has been painfully slow.

According to a recent report by Grant Thornton Accounting, South African women make up a mere 26% of business leadership positions.

This figure reveals a lot about the status of women in South Africa, and reminds us that the ‘glass ceiling’ is not simply a construct of the past, but an ever-present reality.

The 2015 Report on the Status of Women in the South African Economy brings one’s attention to the many responsibilities that women have to juggle. The report estimates that women cumulatively spend 15 500 more hours than a man in productive activities, between the ages of 10 and 70 years.

With the many different roles that women fulfil as wives, mothers and care-givers, demands on their time hold important implications for their labour force participation.

But family responsibility is not the only challenge that business women face. The patriarchal systems that exist in just about every sector of society – be it culture, education or religion – perpetuate the perception that women do not have the capacity to take on leadership positions.

This perception, however, is far from the truth. Studies conducted by the ILO’s Bureau for Employers’ Activities have affirmed women’s capability in leadership, and have shown a positive link between women’s participation in top decision making teams and improved business performance.

What’s Needed To Make A Change?

There is much work to be done in terms of leveling the playing field for business women, and with so many obstacles in place, it may seem as though the ‘glass ceiling’ will remain forever intact, but there is hope yet.

Ms Susan Shabangu, Minister in the Presidency Responsible for Women, believes that change is possible, but in order for it to be lasting and meaningful, it must take place at the levels of individuals, organisations, communities and society as a whole.

Although there is no quick-fix for gender equality in the workplace, she is determined to work towards shattering the ‘glass ceiling’, and aims at promoting women’s empowerment through education, training and skills development.

It is encouraging to see women like Susan that are committed to achieving equality, and even though there is a long way to go, it is pleasing to see South Africa is headed in the right direction. 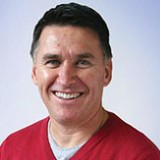 Managing Director of Bfor Mobile, started his business in 2008, selling cell phone contracts through direct marketing and call centres to people who didn’t qualify for these services through the major networks. As the product range expanded so the business model evolved and he moved the company online in 2011.